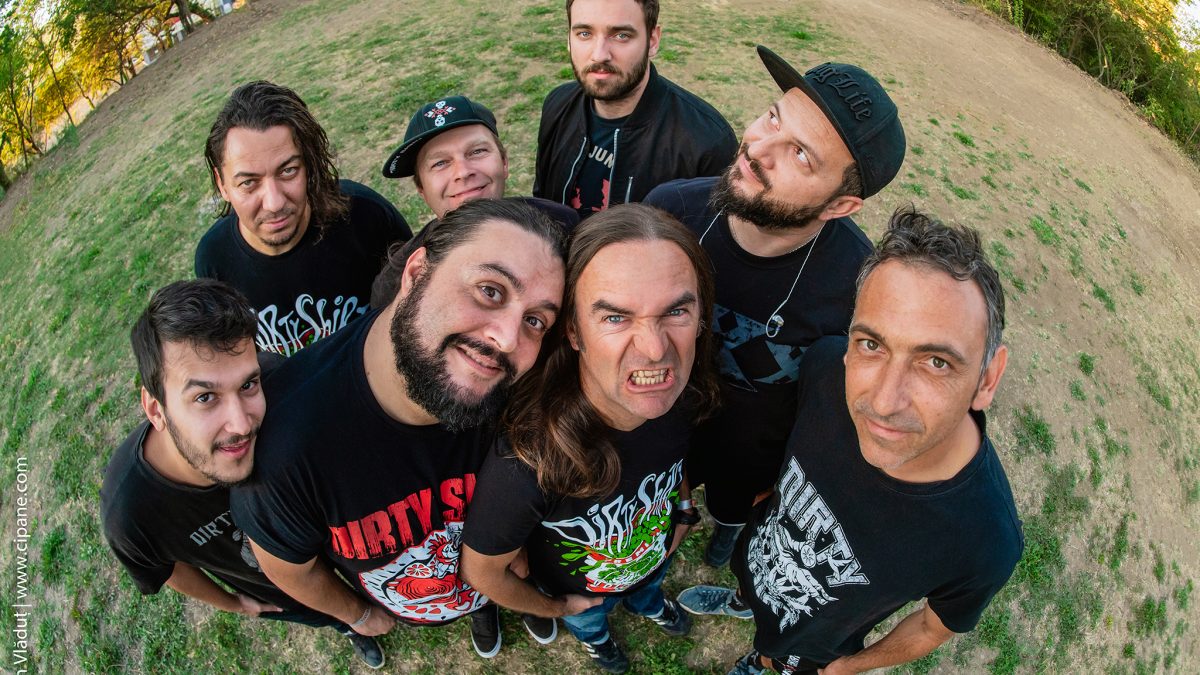 Dirty Shirt are widely regarded as one of the most original and successful rock bands in Eastern Europe, having a consistent presence at international level (tours and media) as well. Even though their music is based on the modern hardcore-metal sound, Dirty Shirt are incredibly astute in blending various genres, being known mainly for their musical influences stemming from East European traditional music. The use of traditional acoustic instruments in the studio and on stage makes this mixture even more authentic. Their songs are catchy and dancing, thus having a broader appeal to a wider audience, not just the metal fans.

The band’s unique style derives from mixing the heavy sound of modern rock/metal with the festive ambiance of East- European traditional music, the eclecticism of world music (country, reggae and tribal rhythms), the electro sound of industrial music, the energy of hardcore, and the groove of funk.