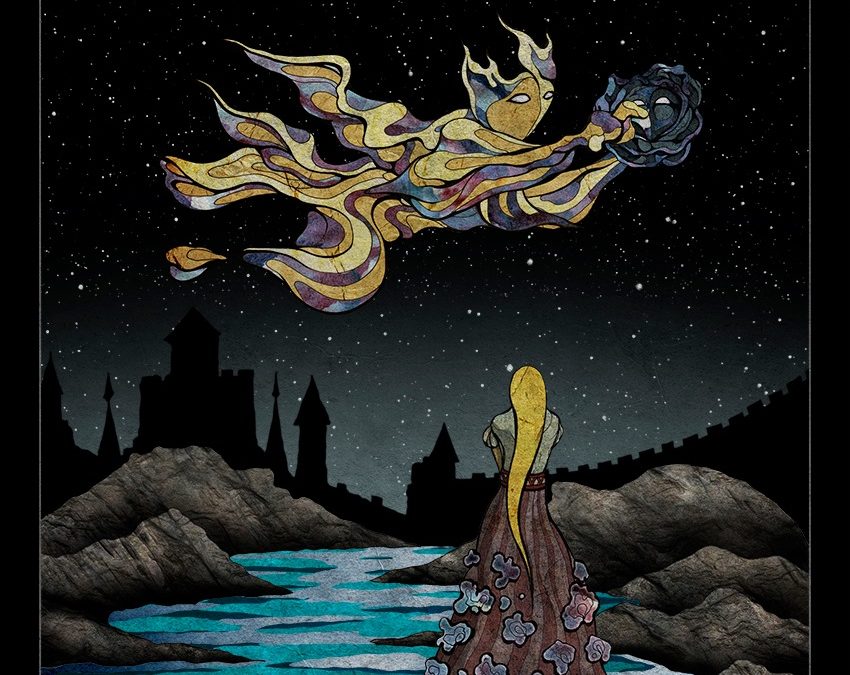 Based on the poem “Luceafărul” by the Romanian poet Mihai Eminescu, translated in English by Dimitrie Cuclin, “Lucifer” Rock-Opera is composed and produced by Adrian Tăbăcaru during 2014-2018. The album was recorded at Taine-Multimedia Studio, mixed & mastered by Jens Bogren at Fascination Street Studios in 2019, the album features top-class musicians and actors from Romania and UK. Based on a libretto written by Ioana Ieronim, the video is produced by Costin Chioreanu.

The beauty of the poem comes, especially, from the particular combination of some keywords and from the musicality produced by the association of certain rhythmic words. The interpretation is unique and the vibrant amplitude of the text differs from reader to reader. Nevertheless, some connotative meanings of words are shared by all the native speakers of the language. There are words with a special resonance in the Romanian language and their beauty, substantially contribute to the general theme of this poem: love. Therefore, Dimitrie Cuclin preserved the lexical source of meaning and found those words in English that could strike similarities both in musicality and also in the semantic charge they hold.
A very important aspect regarding the translation would be not to misunderstood the poem’s meaning and to associate the name “Lucifer” to a biblical figure.