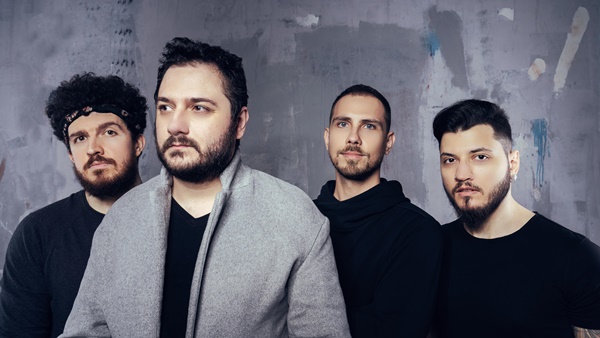 Hailing from the Romanian shores of the Black Sea, the progressive metal outfit White Walls was founded in 2009. The band is associated with genres such as progressive metal, alternative and melodic metal. White Walls have mostly maintained their lineup through the years consisting of guitarist Alexandru-Eduard Dascălu (Dasu), vocalist Eugen Brudaru, bass player Șerban-Ionuț Georgescu and drummer Theo Scrioșteanu. The fifth unofficial band member is Mihnea Ioan Grecu, the band’s manager.

White Walls often intertwine elements of darkness and light with relentless riffs, melancholic chords and a balanced mix between restlessness and restraint. Influenced by a variety of metal subgenres, the sound has been compared to diverse acts such as The Ocean, Opeth, Tool and Karnivool.

The band’s debut album ‘Mad Man Circus’ was released in October 2010 through the netlabel Asiluum.com as a free download. The record has been noted as a revelation and was incredibly successful among critics and fans worldwide, propelling the band in Romanian and an European tour (spanning 15 concerts and 6 countries). Continuing on a high note, White Walls were invited to be the first ever Romanian band to play at ProgPower Europe Festival in 2011 and the end of the tour saw them opening for Pain Of Salvation at Romanian Rock Meeting the same year.

In 2013, after having played Romania’s biggest stages and festivals it was time to go bigger than before. The band unleashed its second album called ‘Escape Artist’, a conceptual record that introduced a new musical approach for the band. Marius Costache was the recording and mixing engineer, (same role he had with ‘Mad Man Circus’) while mastering was taken over by Mr. Alan Douches (known for his work with bands such as Killswitch Engage, Mastodon and Sepultura). The album artwork was done in collaboration with Costin Chioreanu who has worked with popular acts such as At The Gates, Cellar Darling and Ulver. ‘Escape Artist’ immediately generated a lot of interest and early ‘album of the year’ hype. The release show was also the band’s first sold-out event!

Almost 3 years to the date, on the 15th of October 2016 White Walls released a new single and video, ‘Death Follows me’.
On the 22nd of May 2020, the band returned with a critically acclaimed new single and video for the song ‘Starfish Crown’ as well as the announcement of the newest record, ’Grandeur’. The second single, ‘Eye For An I’ saw the light of day in early October with an animated video. A couple of weeks later, on October 23rd 2020, ‘Grandeur’ was finally released as well! Mixed and mastered by Forrester Savell (known for his work with bands such as Karnivool, Animals as Leaders, Make Them Suffer), with artwork by Radu Damian. ‘Grandeur’ propelled the band forward and generated ‘album of the year’ hype following ‘Escape Artist’ suit. Early December the band members found out that ‘Eye For An I’ won in the category Best Music (Animation) at Mumbai Shorts International Film Festival 2020.