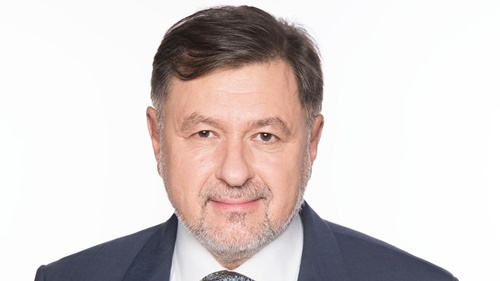 Professor Alexandru Rafila is currently the Head of the Microbiology Department of the “Carol Davila” University of Medicine and Pharmacy and of the Laboratory of the “Matei Balş” National Institute for Infectious Diseases in Bucharest, Romania. He graduated in 1987 and received a PhD degree in Microbiology in 2004. He has been a senior specialist in Laboratory Medicine/Microbiology and Public Health since 2000. Previous Director of the Public Health Institute Bucharest, he has served in central administration as Secretary of State for Medical Assistance and Public Health, General Director for Public Health and several times as Personal Adviser of the Minister of Health.

In addition to his standing in his own country, Professor Rafila’s expertise is fully recognized as expert for WHO, NATO and the European Commission. He was Member of the Standing Committee of Regional Office of Europe of WHO (2014-2017) and represented Romania in the Management Board of ECDC (2009-2014). He was recently elected by the World Health Assembly to represent Romania in the Management Board of the organization.

Professor Rafila is an active organizer and participant in many national and international medical conferences and events on public health and microbiology. He has authored articles, manuals, book chapters and guidelines for public health and microbiology practice. He decisively contributed to the reestablishment, in 2016, of Medical Microbiology as a specialty in Romania, based on recommendations issued by UEMS, organization where he represents Romania.